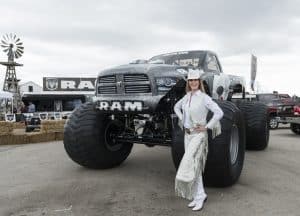 There is just something about monster trucks. Capable of mudding, car-crushing, death defying stunts and more… you just can’t help but enjoy it.  That is why Traxxas, maker of your favorite RC vehicles, launched a ‘Traxxas Monster Truck Destruction Tour that has covered 50 states spreading the love for powerful vehicles and their RC reduced scale versions. So, what happens at these tours? In today’s article we will give you a little history on the subject and tell you what you can expect to see the next time that Traxxas takes their show on the road. Let’s talk about the Traxxas Monster Truck Show: Maine and Beyond.

Contents hide
1 A little history on how it got started
2 What can you expect at a Traxxas truck show?
3 Behind the scenes in Maine
4 Monster X Truck show reviews
5 This sounds great! When is the next event?
6 Some final words

A little history on how it got started

It started out in 2009 with the inception of a racing league called ‘The Monster X Tour’.  Shows began in the west coast only at first but quickly expanded, with shows being performed later in the Midwest, followed by the East Coast, and then in more exotic locales, such as Russia, Poland, Latvia, Guatemala, and Nicaragua. It just goes to show how much people really enjoy these shows. Traxxas jumped on as a sposor in 2016 and the name was changed to the ‘Traxxas Monster Truck Destruction Tour’, which would be rebranded again in 2019 as the ‘Monster X Tour’.  The popularity attracted celebrities of monster truck fame, such as Bigfoot, Straight up racing, Skully, Craniac, and of course Traxxas T Maxx (on which the most popular Traxxas RC is based). So, what happens at these family-friendly events?

See also  What Are The Best Traxxas Rustler Upgrades?

What can you expect at a Traxxas truck show?

The entertainment at these venues is varied with a little something for everyone with a daredevil heart. Freestyle, racing, and wheelie competitions are one example. You can also expect shows like quad racing, mudding, and demolition derbys. Cars are going to be crushed, of course, and you really have to see and HEAR the sounds when it happens. It will get your blood going, let us tell you. When Traxxas is involved there is also very much the chance that some drivers will get out of their vehicles to demonstrate the power of the RC versions of their vehicles so that you can see just how much love has gone into creating these scale RC versions.

Behind the scenes in Maine 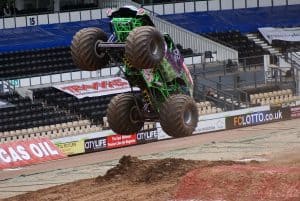 We mentioned Maine and beyond. As far as the Maine reference, when the Traxxas tour has been travelling Maine is definitely on the roster for a visit. One article from last year entitled ‘One man job: Behind the scenes of the Traxxas Monster Truck Tour setup’ follows the setup of one of these events and a lot goes into it. Creating the ramps for the stunts and the actual track can be quite the job, as over 100 trucks will be dumping in enough ‘good dirt’ to ensure that everything is optimal for the events. The laying of a track, for instance, starts with a layer of dirt around 8 to 12 inches in thickness that acts as a base for the ramp and other type of jump creation scenarios. Ramps have to be spaced properly, of course, with enough room to utilize them for the monster trucks that will be jumping over buses or taking air and landing on a bed of cars that are ready to be demolished. It is a site to see and it is interesting to know what goes on behind the scenes.

See also  The 6 Best Remote Control Cars That Are FAST!

So what are people saying about the tour? Quite a lot, actually. As a family experience it comes highly rated and don’t think that this is just a show for the boys. The girls are represented too, with trucks like ‘Girl Power’ crushing and jumping with Bigfoot, Craniac, T Maxx, and more. With the many varied events there is a little bit of something for everyone. If you have never been mudding, for instance, then you are in for a treat. Tracks get hosed down so that these giant trucks can get DIRTY. With the challenges of traction navigation becomes chancy and just about anything can happen and it DOES. If you are lucky enough to obtain a ‘Pit Pass’ as well then you can even meet some of the drivers, whom we are told are

“Get your picture taken with some of the vehicles.”

generally a friendly bunch, and get your picture taken with some of the vehicles but the best fun in our opinion is the demolition events. It is hard not to cheer when your favorite truck smashes the competition and the crowds are fully into the experience and responsive. Throw in some yummy concession hot dogs and burgers and you’ve got the kind of fun you’d get from a baseball game but with a lot more metal carnage. We haven’t seen a single negative review, frankly, so if you get a chance we highly recommend that you give the Monster X Tour a try.

This sounds great! When is the next event?

The next event will be branded as the ‘Monster X Tour World Finals’ and it is scheduled for 2020 but it will be held in Hawaii. As far as mobile tours we do not have any scheduled tour information as of yet but keep your eyes peeled and check Google on occasion for ‘Monster X Tour’. These have been going on yearly for over a decade now and so you never know when the monster trucks will be visiting your town. Who knows/ Maybe in a month or two you’ll be attending your first event and if so, it won’t be your last. Monster trucks are simply addictive. 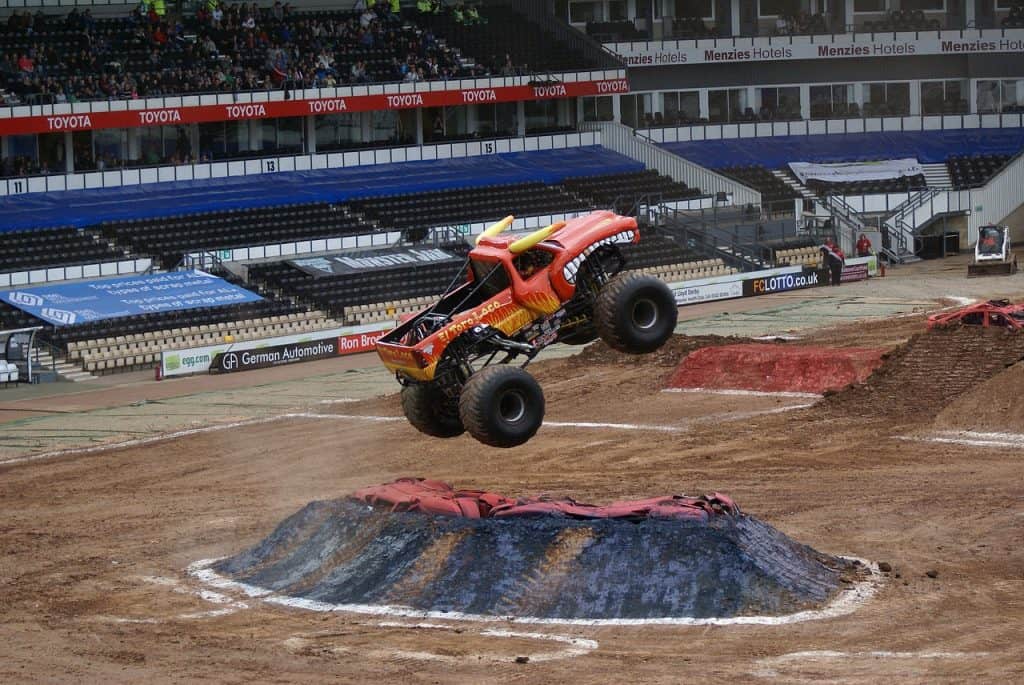 In today’s article we’ve explored a little history on the Monster X Tour, what happens at these events, a little behind the scenes information, and more. Monster truck events and monster truck RC’s are a great bonding experience for the whole family, so if you are looking for a little out-of-the-ordinary entertainment then why not give it a try? You’ll be happy that you did! 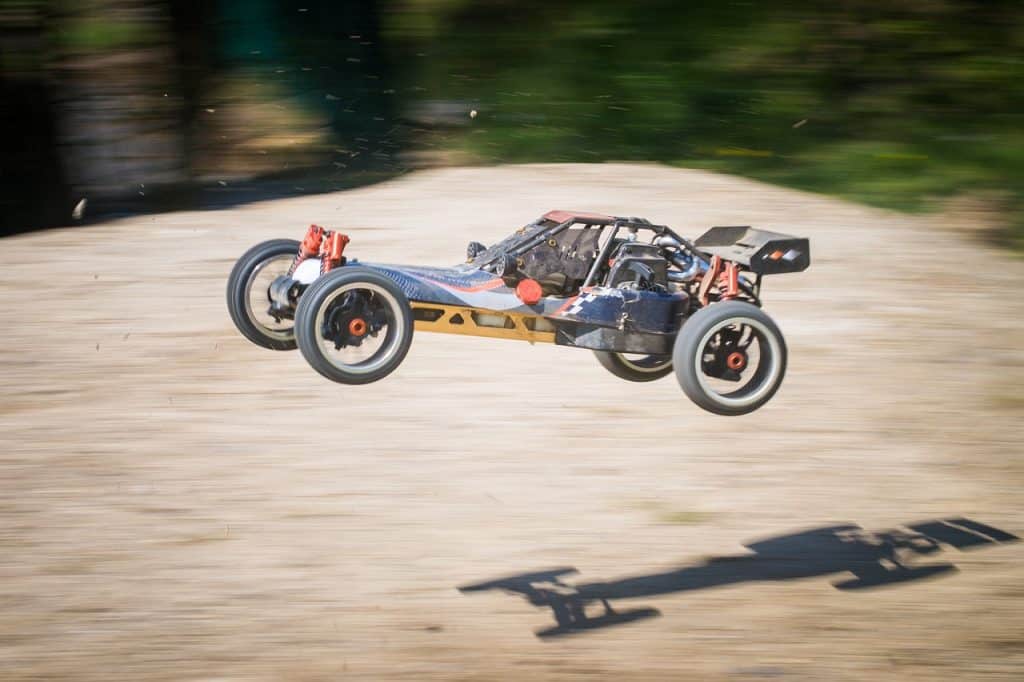 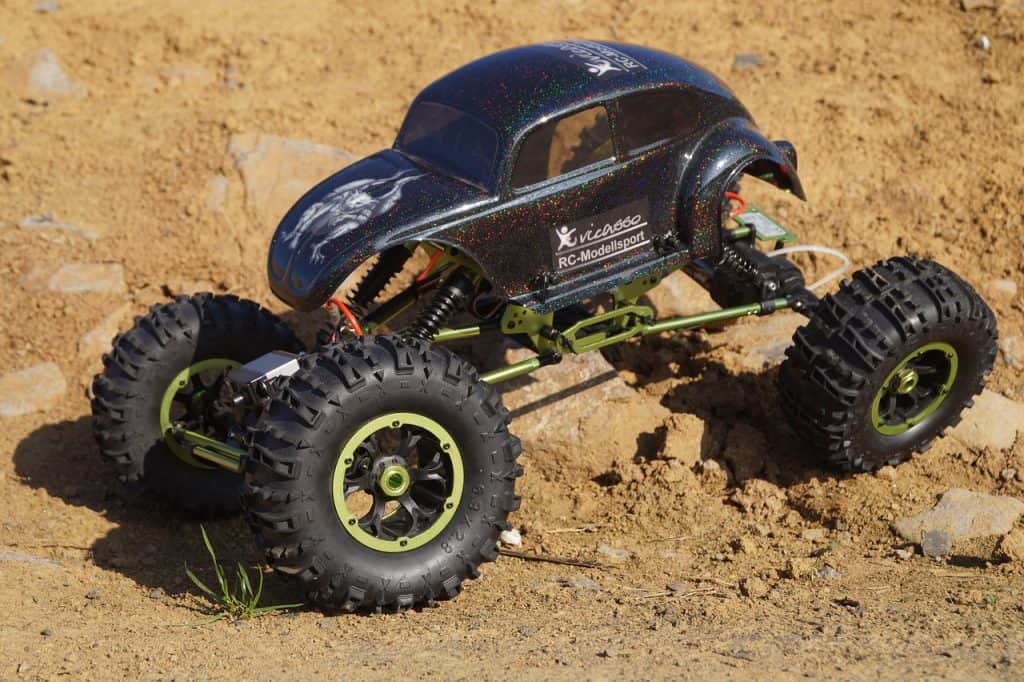 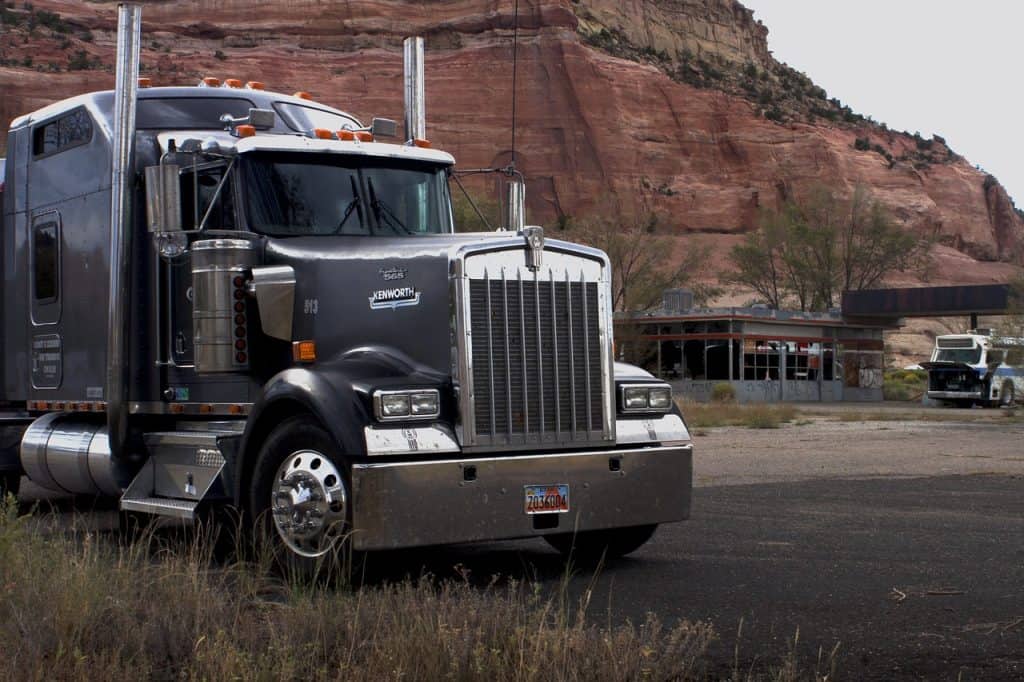 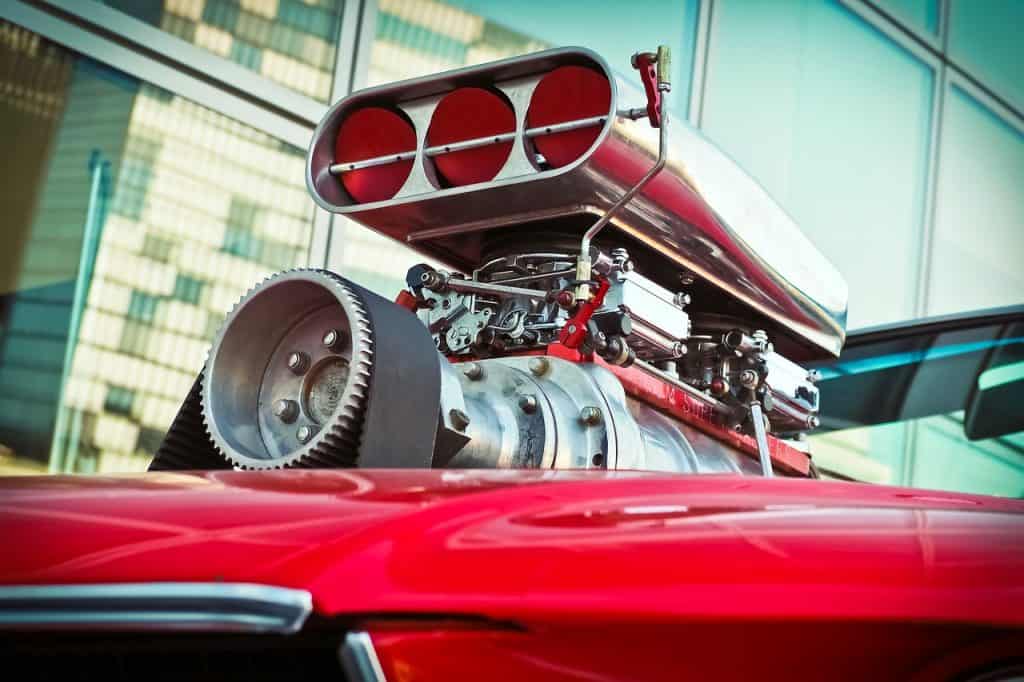 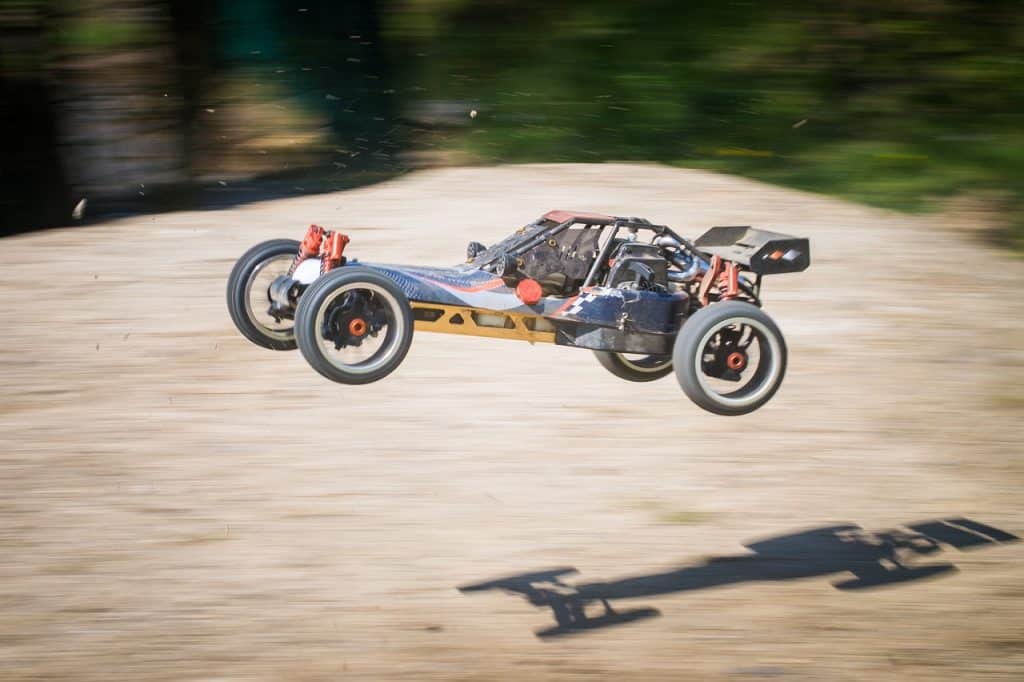 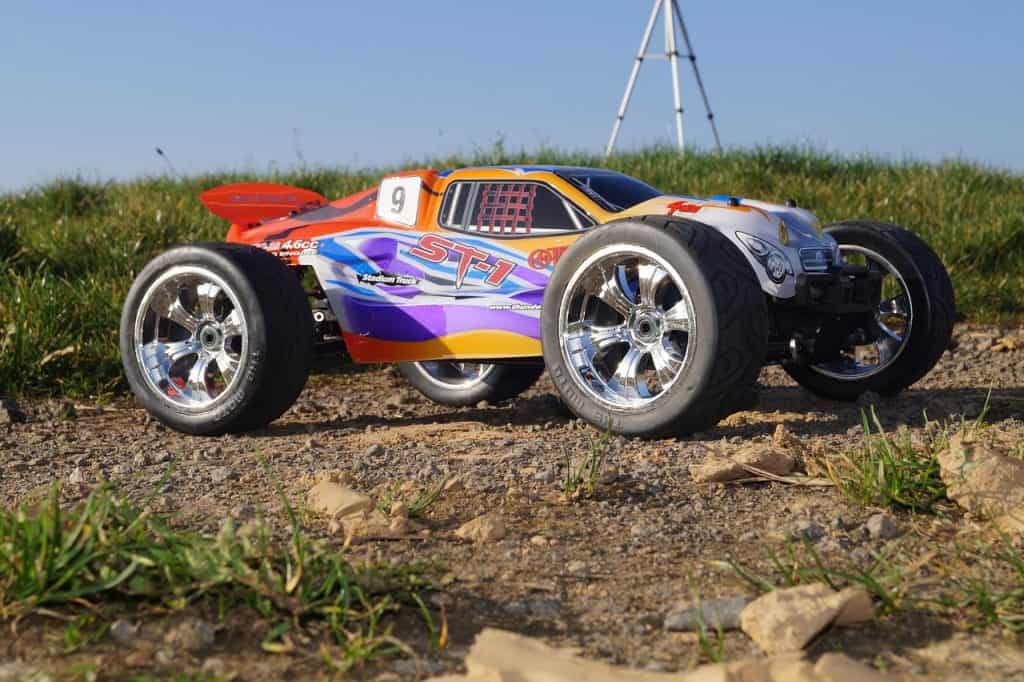